The Netherlands is committed at European level to collectively achieve a 0.7% ODA/GNI ratio by 2030. Geographically, Dutch development assistance is concentrated on sub-Saharan Africa and low-income countries.

The Government of the Netherlands provides ODA to Nepal including other developing countries through SNV Netherlands Development Organization which opened its first Asia office in Nepal in 1980.

Economic cooperation between the two countries started earlier, in 1976, with the involvement of Dutch volunteers (technicians/engineers) to assist in various development sectors.

In 1983, Nepal and the Dutch government signed an agreement on the employment of Dutch volunteers for economic development and cooperation. The Biodiversity Sector Support Program (BSSP) was one of the major projects funded by SNV Nepal.

Major Support of the Netherlands to Nepal by Sector

The followings are the major sectors of Dutch support to Nepal during the last five-year period. 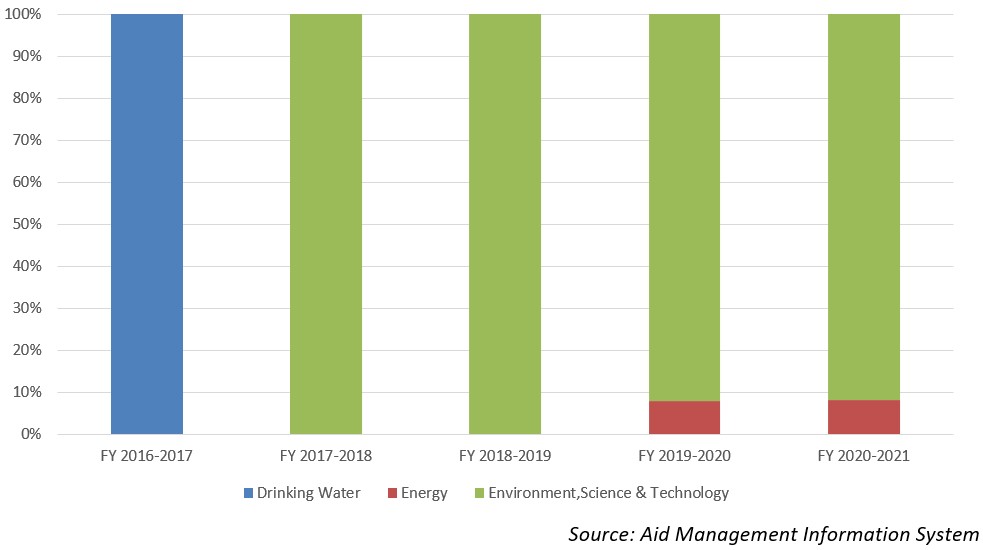 During the said five year period the Netherlands has agreed to provide financial support of US $ 3.15 million through five separate agreements. The highest level of annual commitment was made of US $ 1.2 million in 2020/21. There is not direct relationship between the commitment and the disbursed amount though amount disbursed are solely based on commitment.

In addition to domestic biogas, SNV, together with the Bank of Kathmandu, launched Biogas for Business (B4B) in 2012. It targeted support for the installation of medium to large scale biogas plants for waste management, energy production and production of organic fertilizer.