KFAED is the first institution in the Middle East that took an active role in the international development efforts. Kuwait is one of the few countries in the world whose aid budget exceeds the UN target of 0.7% of GNI.

Nepal and Kuwait established diplomatic relations on 25 February 1972. Nepal established its Embassy in Kuwait on 21 March 2010. The Embassy of Nepal in Kuwait facilitates aid and other matters with KFAED. There is no Embassy of the State of Kuwait in Nepal.

Economic cooperation between the two countries started in January 1976 with the signing of a loan agreement amounting US$ 18.5 million for the Kulekhani Hydro-Project. Further, in 1979, Kuwait provided a supplementary loan of US$ 7.4 million to meet the cost overrun of the same project.

On 25th January 1985, Kuwait provided KWD 6.0 million (approximately US$ 20 million) to the Marsyangdi Hydro Power Project through a separate loan agreement. Kuwait further provided an additional KWD 2.9 million (around US$ 9.5 million) for works related to the same Project.

A loan agreement of KWD 1.5 million (around US$ 5 million) was concluded on 26 October 1998 for the execution of the Praganna Kulo Irrigation Project in Dang district. In 2013, KFAED agreed to provide loan assistance of US$ 18 million for the Budhiganga Hydropower Project to be developed in Achham District.

The followings are the major sector of Kuwait’s support in Nepal during the last five year period. 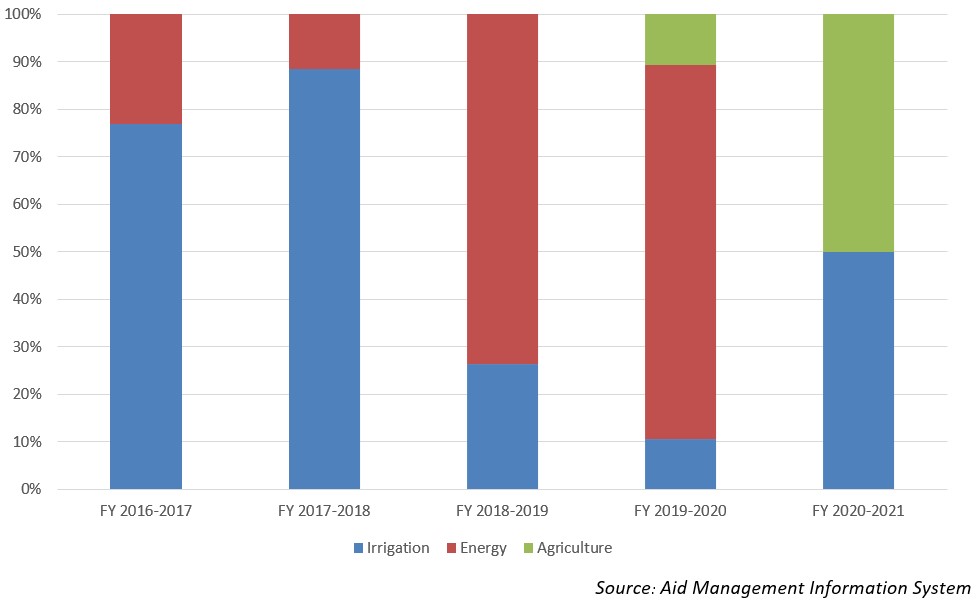 Kuwait has been supporting Nepal by providing soft loans for projects, especially in the areas of hydropower generation and irrigation.