Saudi Arabia possesses 25% of the world’s proven petroleum reserves. It ranks as the largest exporter of petroleum and plays a leading role in OPEC. The petroleum sector accounts for roughly 75% of budget revenues, 45% of GDP, and 90% of export earnings.

The assistance to Nepal from Saudi Arabia is currently being provided through the Saudi Fund for Development (SFD). The SFD is an official agency for development cooperation established by Royal Decree in 1974.

SFD commenced operations in 1975 with the objective of participating in the financing of development projects in developing countries through the granting of loans and encouraging national non-crude-oil exports. SFD operates from a capital base provided by the Government of Saudi Arabia.

Saudi Arabia provided emergency food assistance during FY 1982/83. For the rehabilitation of the earthquake victims, the SFD provided 1,380 units of tents and over 3,000 packages of foods, as well as a cash grant of US$ 1 million for the procurement of equipment. 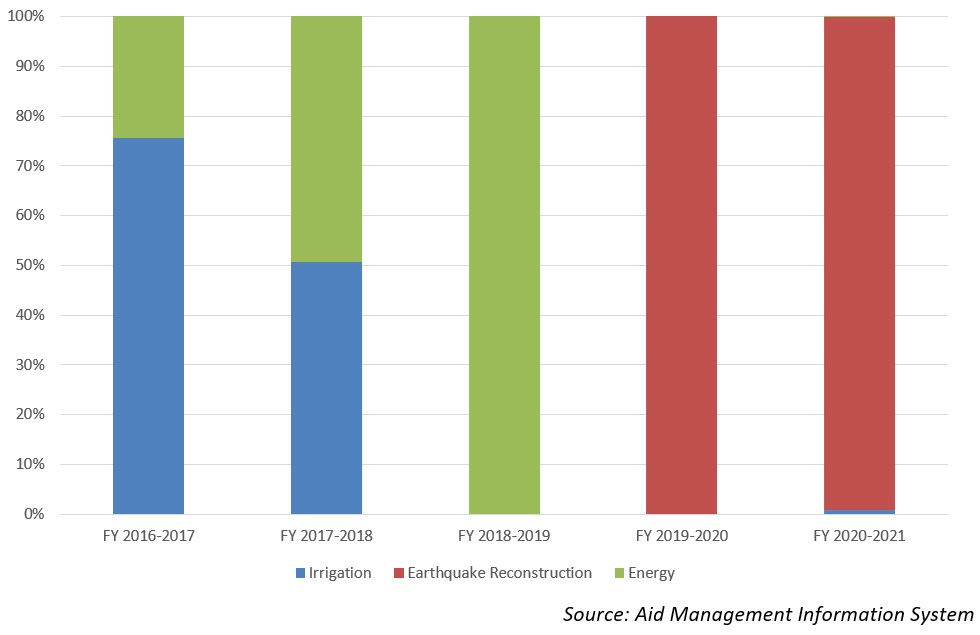 Over the five-year period, SFD and GoN had an agreement of financial cooperation of US $ 29.1 million once in fiscal year 2020/21. There is no direct relationship between financial agreement amount and the disbursed amount though all the  disbursed amount are based on agreed commitment.

SFD provides untied concessional loan which has no specific geographical or sectoral limitations. Nepal has been utilized SFD loan for the development of infrastructure such as power generation, road construction and irrigation development.

Loans extended by SFD carry a 15-25 year repayment period and a loan charge of 2-5% interest, depending upon the nature of the loan. The Saudi Charter allows the SFD to finance up to 50% of the project costs.